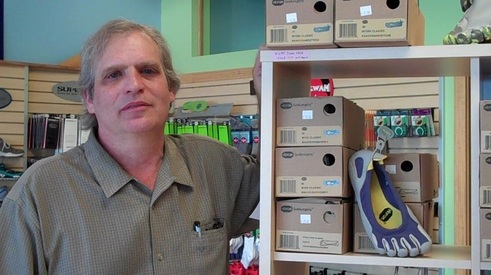 David Burns of The Sole Source supports the Shenandoah Mountain Proposal
Recreational Tourism
With growing urbanization, obesity, and environmental appreciation, Americans have a growing interest in outdoor recreation to connect with nature and get in shape. Since the opportunities for recreation on private land is low and falling (particularly in the South), recreation in national forests, like the area protected under the Shenandoah Mountain Proposal, will be increasingly important to recreational users. This growth in recreation will subsequently have positive impacts on local economies.

Unlike many national forests which are isolated from large populations of people, the George Washington National Forest is a two hour drive to over 10 million potential visitors, many of whom come from fast-growing population centers like Richmond and Washington, DC. Perhaps as a result, the George Washington is one of the top ten most visited national forests in the nation (NVUM, 2006).

Unlike the timber and manufacturing industries whose share of the southern Appalachian economy is declining, recreational tourism and related services are on the rise (SAMAB, 1996). Additionally, since 80% of recreation-based trips are made by non-locals, each of these 3.8 million annual visits to the VA’s national forests provides an average of $300 income for tourism-based services, local hotels, retail stores, restaurants, gas stations and other places within 50 miles from the forest (NVUM; 2001, 2006). That’s about $11.4 billion spent annually, with wilderness visitors making up about $5.7 million of that total (NVUM, 2001).

Amenity-Based Development
As of 2008, the populations of the 17 counties that share the GW have grown more than 20% since 1990 (UCSB).. These growth rates are often contributable to retirees, urbanites, and nature-lovers seeking to be closer to the outdoors. In fact, a 2000 nationwide study (Rudzitis and Johnson) showed that of those who moved to counties with designated wilderness, 72% considered wilderness a major factor in their decision to move to the county. Fortunately, when people stay or move to an area for a higher quality of life, including recreational and environmental amenities, the research shows that economic development follows (Phillips, 2009).