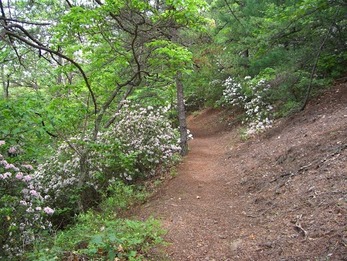 This proposed Wilderness area will not affect any access roads.

Note:  The GWNF Forest Stakeholders Consensus Agreement submitted to the GWNF Planning Team on Oct. 17, 2011, supports the Lynn Hollow Wilderness with an adjustment to the boundary of the 6100-acre proposed Wilderness.  The area from Sinclair Hollow Trail northeast to Shenandoah Mountain Trail would be a part of the proposed Shenandoah Mountain National Scenic Area rather than Lynn Hollow Wilderness.  This would allow access to Sinclair Hollow Trail by appropriate nonmotorized vehicles, such as game carts and mountain bikes.

Notable Characteristics:
Economic impact: This area is not being managed for timber; Wilderness designation will not result in any loss of revenue or taxes for Highland County.